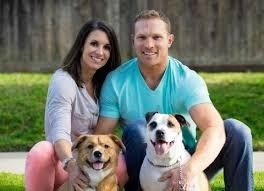 Meet Steve--- by all accounts Steve was already a successful entrepreneur before we ever got a chance to work with him. He’s the inventor of the Neck Hammock and launched a 7 figure kickstarter campaign with that product a few years ago.

He also owns a cash practice that focuses on working with CrossFitters and active adults in the LA area.
His challenge was, he was doing everything on his own and he couldn’t break the $20,000 a month mark in his practice.

Steve knew that he had to gain the skill set to hire and train the right people to grow his practice, impact more people and free up more of his time.

Being the smart entrepreneur that he is, he looked for options to help him gain this skill set and eventually settled on us.

Here’s what I can tell you about Steve.

He’s one of the smartest entrepreneurs I’ve ever had the opportunity to work with.

Steve absolutely could have figured out how to scale his practice on his own but that’s not what smart entrepreneurs do. He knew that we had something figured out that he didn’t. He invested in himself to learn a new skill quickly and collapse time.

Understanding that time is more valuable than money isn’t something most new entrepreneurs have an appreciation for. This isn’t Steve’s first rodeo and he knew the fastest way to get the outcome he wanted was to follow a proven process.

Ego tells us that we have to go about it all on our own. If you can check your ego at the door, you can gain success faster and own that skill for life.

Are you ready to collapse time like Steve and see a massive change in your business in a short period of time?

Maybe you’re just getting started and want help from people that have been there and done it.