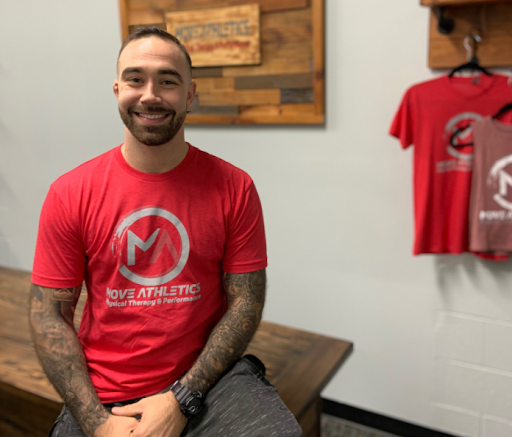 Meet Roger--- he used to work in high volume, insurance based clinics. A couple years ago, he decided that he was over it and opened his own cash practice in western Massachusetts.

When I first spoke with Roger, he was just getting ready to start his practice.

He was fed up with making his clinic a ton of money and getting paid very little for it.

He was a great clinician and was very motivated to follow a proven plan.

By his second month of officially being in business he hit the 12K a month mark.

By the end of year one, he was consistently bringing in 20K a month.

Now he has a multiple 6 figure practice that’s growing like a weed and he’s living a life he never thought was possible.

Roger actually has a pretty crazy back story.

He was in and out of foster care as a kid.

Had a wild childhood that involved a lot of illegal activities and even dropped out of high school.

If you want to hear his entire story, I would recommend heading here to listen to our interview with him.

Did it work? Yes! 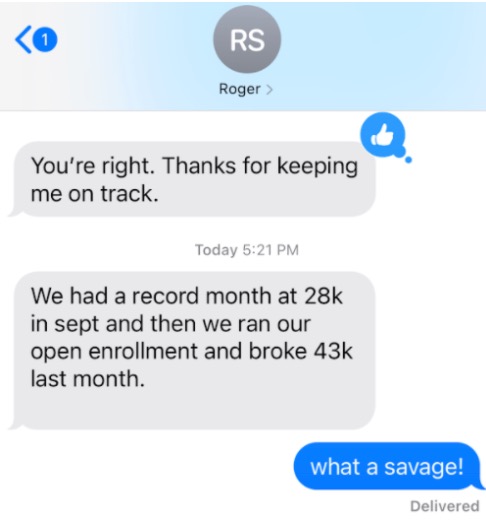 Here’s what I can tell you about Roger:

He was and still is a hard worker.

Now he’s working hard on only the right things and is spending a lot more time with his family.

Honestly, watching Roger develop has been one of the most personally rewarding things I have ever done.

The best part of his entire journey has been the improvement in the relationships he has with his kids.

Roger started his practice so he could get away from the grind of the in network practice world.

He has now built a team of great clinicians and has a true passive revenue stream that supports his goals of spending as much time with his family as possible. All by working hard on the right things.