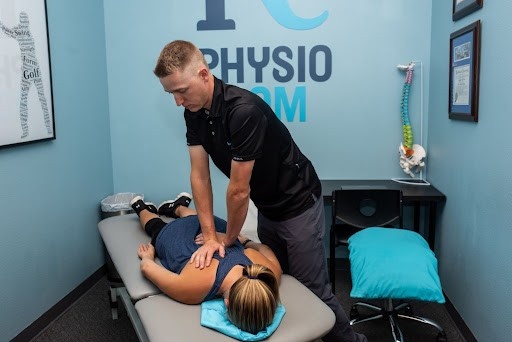 Meet Chris--- he used to work in high volume, insurance based clinics. A couple years ago, he decided that he was over it and opened his own hybrid practice in the Denver, CO area.

Chris spoke with our team two years ago.

He had grown his practice to where his schedule was maxed out.

This was a big accomplishment but the problem was...he was trapped again.

Trapped in the business he had created for himself.

He was doing everything on his own and working 70+ hours a week.

Even though he was making great money he knew he needed some help growing past himself.

It was time for him to become a business owner and not just self employed.

Within 3 months, he went from stuck at 15K a month in revenue to consistently being in the high 20K range per month.

Within the next 12 months, he grew his team even more and now has a 500K+ a year practice.

Problem: Time poor and unsure of how to build a successful team around him.

Did it work? Yes! 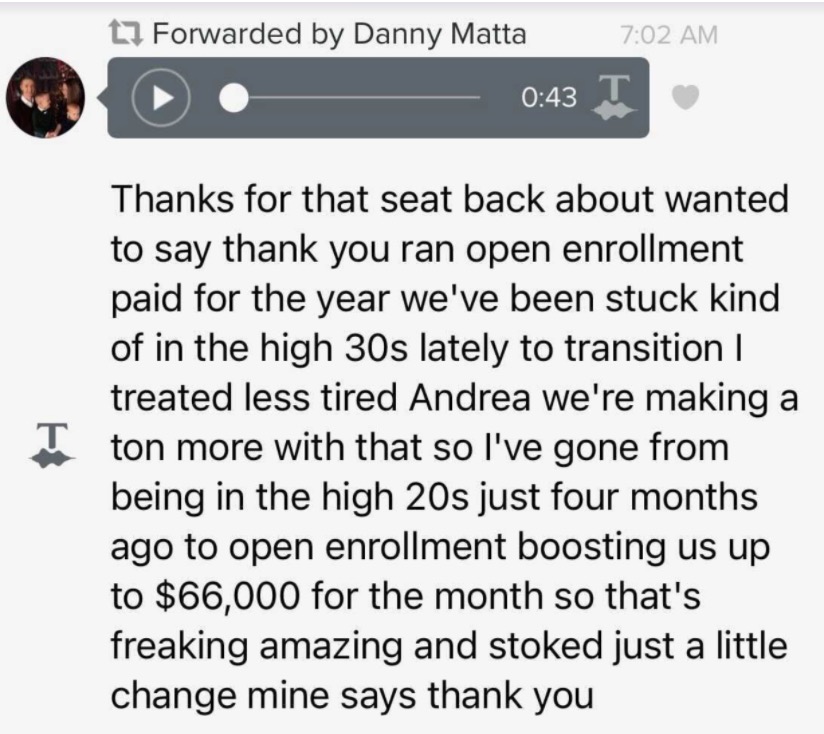 This is a transcription of an audio message so please excuse the many typos.

Here’s what I can tell you about Chris:

He was and still is a hard worker.

Now he’s working hard on only the right things and is spending a lot more time with his family.

He’s got more time to enjoy skiing, mountain biking and spending loads more time with his wife and three kiddos.

Chris started his practice so he could get away from the grind of the in network practice world.

He has now built a team of great clinicians and has a true passive revenue stream that supports his goals of spending as much time with his family as possible. All by working hard on the right things.